If there is one place on Earth to serve as the “clubbing Nirvana” for the club-lovers, then it is definitely London! London is home to some of the most spectacular and happening nightclubs in the world. Whether you are looking for doing some fun at night or listening to some great live music, dancing your way through the night, or attending some high-end event –London’s nightlife scene has something to offer to each genre. We will present to you the Top 10 night clubs in London. If you are in for some eventful rocking nightlife experience in the city, the top London nightclubs are something that you must not miss out. Offering the grandeur of its own, these nightclubs are the most divine nightlife experiences you will ever have in your life. So, do not miss out on the exhilaration and dress yourself up for visiting the top nightclubs in London.

The Box spreads across the sprawling 7,000 square foot 3-level building which includes a reception foyer and two separate floors which is able to accommodate over 250 guests. The Box nightclub in London is a full-service clubbing facility which is aimed at offering entertainment uniquely tailored for the event & the aspirations of the guests. The Box nightclub also goes by the name “Theatre of Varieties” is a clubbing space which has earned a brand name for itself. The Box features a large theatre with two massive stages and several meters of gold & red velvet details & intricate candle lights all over. The amazing cabaret shows begins at midnight with live acts ranging from marvelous strip shows to fire stunts, burlesque, and transsexual exhibitionism. The dance floor picks up immense, trending music for the guests to groove around the club all night long. 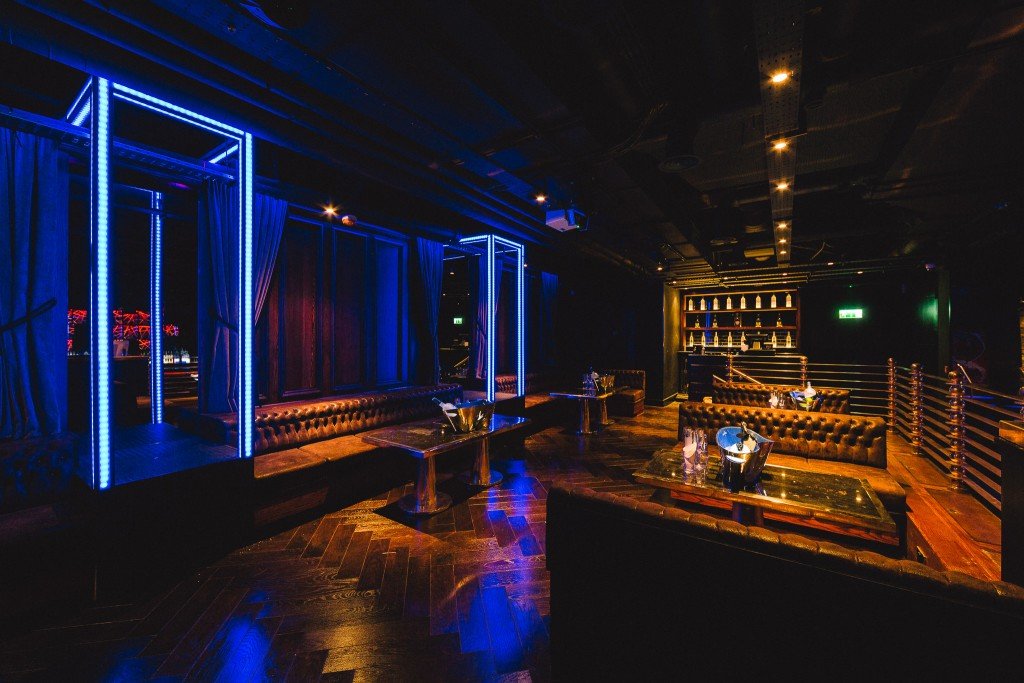 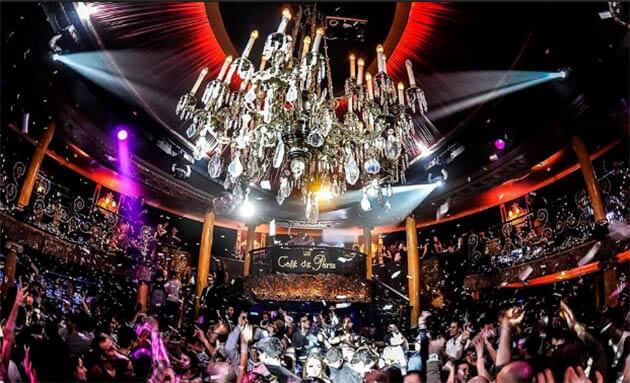 The magnificent and opulent Café de Paris nightclub in London is something yet special again for you to visit and experience for at least once during your stay in the city. Located in the Theater and Entertainment District in London, the Café de Paris nightclub has been intimately nestled between the Leicester Square & Piccadilly Circus. With an amazing history that spans over 9 decades of its glory, the nightclub is known for hosting some of the high-end cabaret entertainment & intense nightlife scenes in the capital. Since its opening in the year 1924, the nightclub has garnered the interest of some of most notable members of the aristocrat family, top-class political figures, dazzling celebrities, and several more famous faces from across the world. The venue of the club boasts 2 magnificent cabaret showcases almost every weekend. 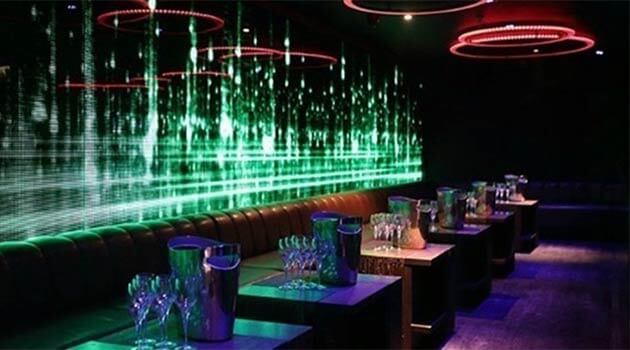 Libertine by Chinwahite in the capital is regarded as a specialized venture from the founders of the world-famous Chinawahite nightclub. The club is spread across the sprawling 3 unique clubbing areas that aim to uphold the rich clubbing history of the area. The overall design of the club has been put up with the intent of creating an ambiance of exquisite culture with its opulent interiors worthy of the high-end location. Referred to as “fashionable without being overly pretentious”, the Libertine nightclub in London is known for creating a highly memorable & original clubbing experience. The nightclub is also renowned for bringing home the best DJs and a high-tech sound system to the town. Libertine nightclub in London follows a strict door policy. Therefore, you are expected to dress appropriately to the club for being allowed entry into the club for an amazing night.

Being awarded as one of the best nightclubs in the capital, the Cirque Le Soir continues delivering some of the most fun & exhilarating events and parties in the city. Cirque Le Soir in London is a clubbing destination where both glam and gorgeousness come out in real action. In London, this nightclub is known for bringing an unparalleled nightclub feel to those who are looking for utilizing the space for lavish private events & parties. This is achieved through the presence of the high-end luxurious interiors of the club along with top-class spaces and cutting-edge event themes for ensuring you an eventful experience throughout. Offering a spectacular mix of aerial, burlesque, & circus acts, fire eaters, and several amazing live performances, Cirque Le Soir is known for delivering on all private fronts owing to the opulent and exclusive stance offering private events and some of the best entertainment atmosphere in the capital. Cirque le Soir offers a fine selection of exclusive drinks & cocktails for ensuring a high-time feel to the club-lovers. 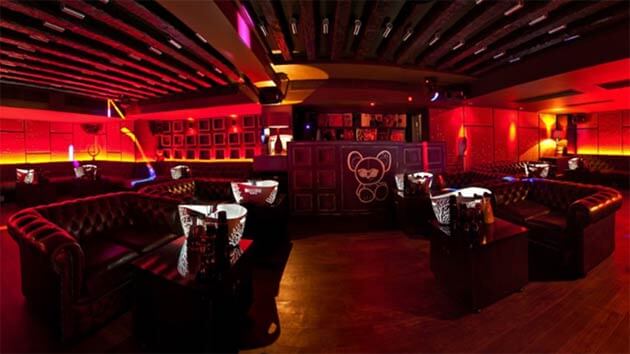 Toy Room is a high-end, stylish club in London located in the heart of Mayfair. With a relatively small room capacity of around 180 people, the given deliberately boutique nightclub aims at offering an elite clubbing feel to some of the most glamorous movers & shakers in the capital. Directly from the team of behind Project near the Oxford Street and Chakana in Mayfair, the Toy Room is an exclusive R&B only nightclub. At Toy Room, expect lavish interiors and amazing nightclub feel from the distinctive Mayfair hotspot. Toy Room club should be definitely on top of your clubbing list in the capital if you are looking forward to enjoy the amazing nightlife scene in London. Following a strict entry policy, you must make it a point to dress accordingly to be allowed easy entry into the club. 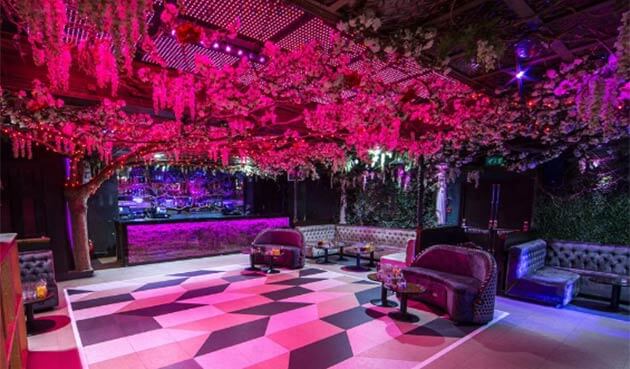 Cuckoo Club is one of the hottest nightclub spots in the capital offering an interiors of mesmerizing mirrors, plush velvet, and rich mahogany with a hot & flashy pink dance floor. The dazzling rock-chic inspired clubbing venue is spread across around 5000 square foot area of the Member Club heaven. Clad in high-end luxury and featuring the unique design of Barabara Hulanicki, the Cuckoo Club in London is a fun playground of quirky and cool décor where you will come across 2 distinctive floors of formidable floors and creative eccentricity for you get comfortable in. Infusing the worlds of intense clubbing and high-end, exclusive cocktail supping, Cuckoo Club is a den for offering bespoke nightclub & stylish partying experience to the clubbers. At this club, you can expect a fun recipe of top-class glamour, amazing access, and a mixology of some of the hottest DJs in the world to groove all your night long. 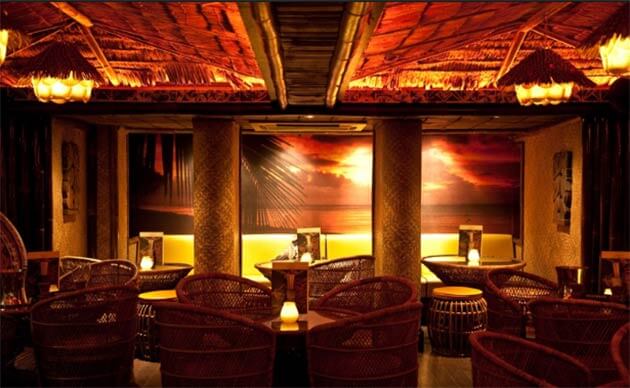 Mahiki in Mayfair is known to be a divine Polynesian Paradise located in central London with a royal & A-listed following. Sprawling across two distinct floors, the Mahiki Mayfair nightclub in London offers an elaborate Tiki bar style fuming with tropical creations that are designed to delight and tempt the club-lovers. The interior of the club boasts the presence of handmade Princess chairs, hand-carved Tiki figurines, colorful Hawaiian cushions, intimately green banquettes –all of these factors amplifying the given illusion of being present at high-end pleasurable point. Mahiki Mayfair is the ultimate destination for all cocktail lovers as well as for those offering amazing dinner, birthday celebrations, and dancing thrill in London. The nightclub is known for offering great deals on Birthday arrangements with private areas along with a surprise birthday theater. 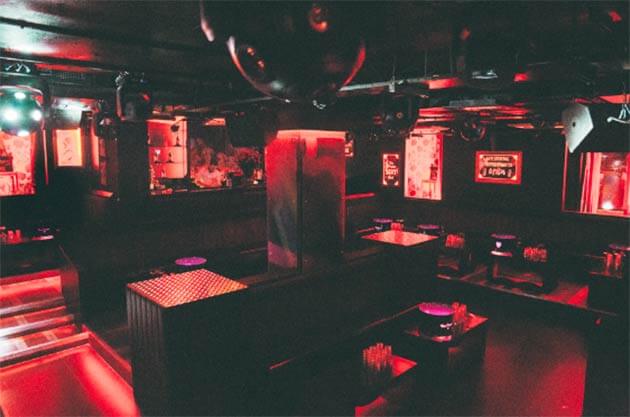 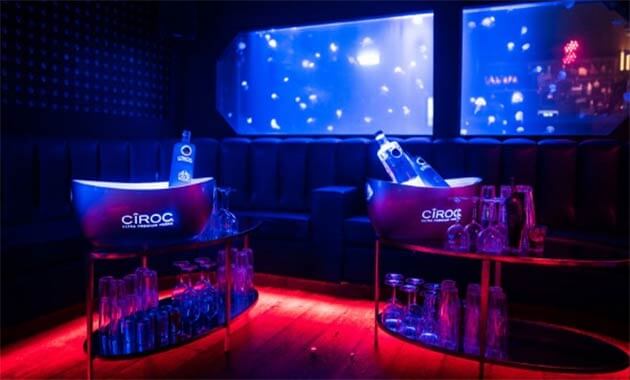 It is an exclusive-member nightclub that has been recently opened in the capital in 2017. Featuring exquisite interior design, the Reign nightclub is located at the Piccadilly Circus. A nightout in Reign London boasts theatre acts, performance artists, aerial acts, stage shows, and so more for a fun-filled nightlife experience in the capital.

Look out for the best nightclubs in London!